Here is a simple way to install locking wing window latches on your early Bronco. I got tired of hearing the wind whistle through the gap in the seals because the latches weren't tight enough. 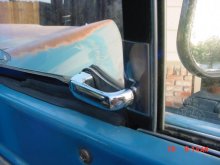 Wandering around the local wrecking yard I came across a mid 80's F-150 with locking wing latches and took some measurements. Here is what I came up with. The latches on the F-150 are spot welded into the window frame so I had to pry them out. Be careful not to bend the latch bracket. It wasn't easy but I was finally able to get a pair out. 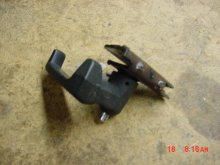 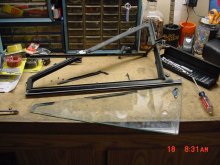 On the bottom of the frame grind or drill out the 2 brass rivets holding the latch bracket in. 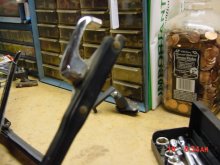 Because the newer latch bracket is shorter I drilled a hole in the frame between the 2 original rivet holes. 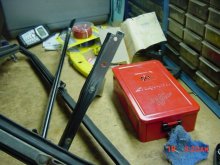 Grind of the welds on the new latches and install them into the frame. Make sure they are flush with the end of the frame. I then spot welded them in to the frame. 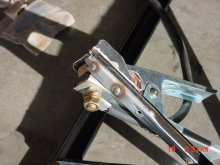 I guess you could rivet them but you would have to drill a new hole in the new latch bracket. The new bracket on the frame. 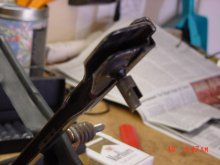 Then, replace the glass in the frame. I used black silicone for mine. I suppose you can use what you like. I used zip ties to hold the glass in until the silicone set up. 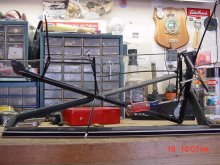 Once it was set up enough I sanded and painted the frame and cleaned the glass. Then installed the frame back on the truck. The new latch fits well and makes a very snug seal against the window rubber. 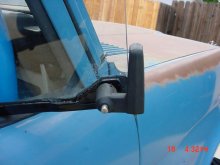 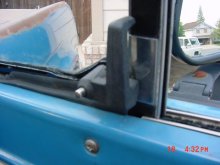 No more wind whistling when I am on the freeway. Good luck with yours and happy wheeling.