there's always that one person..

Yes the craziness is not limited to Broncos right now.

76 Sport on bat , looks like could be original paint (Mecca gold) except for dash . Not any really good underneath pictures , looks like it could be very nice . Not a very detailed description and no comments as of yet . Currently at $31,000 , personaly would prefer more original interior and not crazy about spare tire rack but otherwise it looks like a potential cream puff that may be a great opportunity for someone .
Last edited: Jan 9, 2022 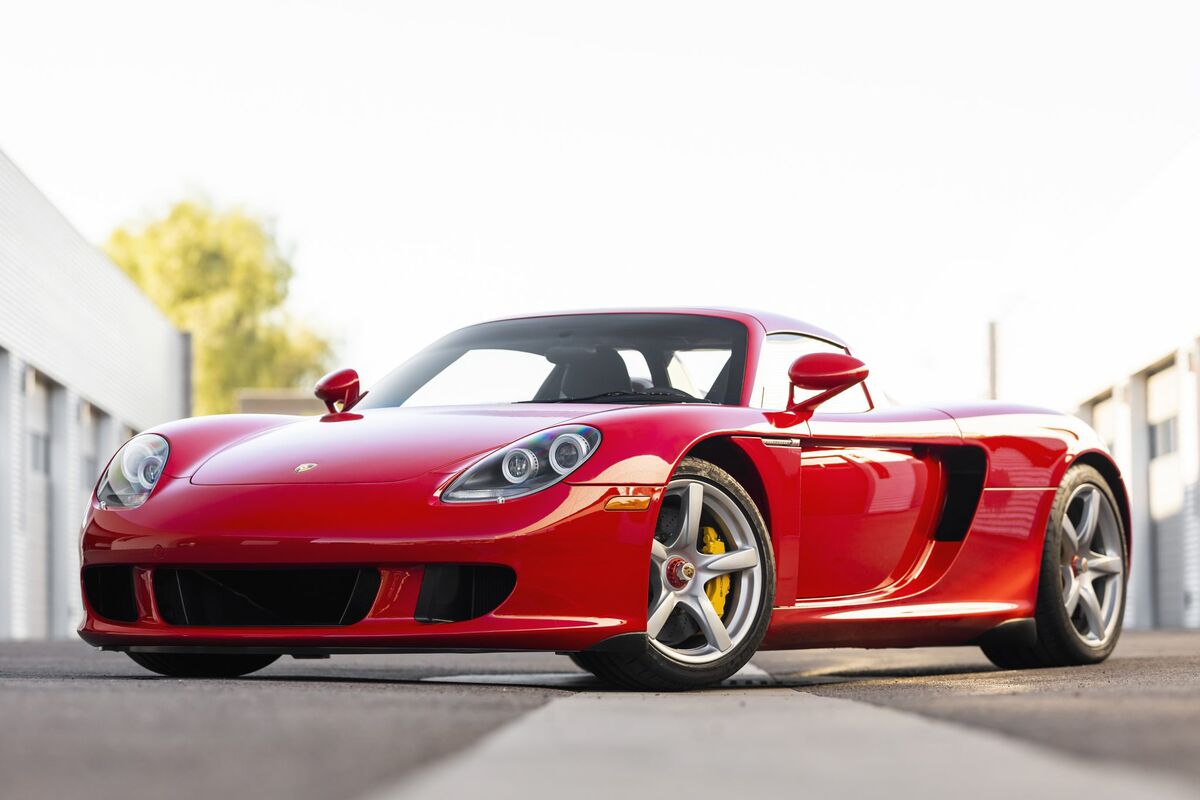 The used-car website rolled over the competition, for the first time ever.

A record-breaking $1.9 million Porsche sale isn’t the only big news from Bring a Trailer (BAT) these days. In 2021 the online car auction site sold $828.7 million worth of cars, a 108% gain over the $398 million it sold in 2020—and a full quarter billion dollars ahead of its closest live-auction-house competitor.

The news soundly beats the $578 million in total sales Mecum Auctions reported Dec. 28. It’s more than double the $407 million in total auction sales RM Sotheby’s reported for 2021. Further down the list, Barrett-Jackson confirmed annual sales of $191 million for 2021 while Gooding & Co. raked in $150 million. A representative for Bonhams did not respond to a request for comment.

“Big auctions will always have a business. They put on a big show,” says BAT President and Co-founder Randy Nonnenberg. “But people are finding that we are a highly effective way to [buy and sell cars] if you want to do it in a more personalized, streamlined way.” 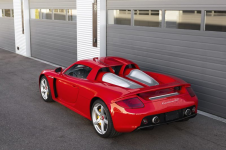 This 2005 Porsche Carrera GT sold for $1.9 million on Bring a Trailer, setting a world record for the highest amount of money paid at auction for the V10 supercar as well as the highest BAT sale to date.

Online auctions eclipsed live auctions for the first time ever in 2021, with 20,000 cars sold online versus 16,000 cars sold live across North America, according to data from the classic car insurer and data firm Hagerty. Online car sales across the board were up 107% year over year, moving from $492.5 million sold in 2020 to $1.02 billion sold in 2021, said Hagerty’s Kevin Fisher.

“Online and live auctions were on fire last year,” Fisher says. The recent Porsche Carrera sale represents another threshold crossed in the popularity of such online sales, he added via email about the trend.

BAT’s jump indicates a major shift for the collectable and vintage car market, the pinnacle of which has traditionally been the Champagne-fueled auctions in white tents overseen by men in suits with lofty accents: Pebble Beach, Amelia Island, Scottsdale, Paris, and Lake Como. Last year the five major live auction houses sold a total of $343 million worth of cars at Pebble alone. Moving online removes the middle-men in an inherently opaque industry cloaked by back-door deals, insider favors, and clubby agreements between power brokers.

Buying on BAT is simple, like eBay: Those who want to place a bid must register with the site and provide a credit card number. Whoever has the highest bid when the seven-day countdown timer hits zero wins the vehicle and pays a 5% buyer’s fee, capped at $5,000—significantly lower than the double-digit percentages required from sellers and buyers at traditional auction houses. Sellers pay a $99 flat rate to list their cars.

Another draw, especially for significant cars of high value, is easier anonymity for both the buyer and seller. Online, everyone uses pseudonyms, a big change from the sometimes all-too-public scene at live auctions. Auction houses do facilitate private sales of course—last year RM Sotheby’s did an additional $150 million worth of private deals, more than doubling the sum from 2020—but that discreet service, which is sometimes called “private treaty sales,” does not provide the bulk of the business.

In 2014, its first year of offering vehicles to the public, BAT listed 450 of them for an average sale price of $21,000 and a sell-through rate of 72%. By 2019 it was counting more than 200,000 registered users; right now that number is 709,000, Nonnenberg says. Wait times for simply listing a car on the site can extend into months. Hearst Autos acquired the brand in 2020 for an undisclosed price.

That the Covid-19 pandemic required auction houses to switch to holding online auctions rather than live sales proved to some of the world’s most important car guys that they actually didn’t need to attend live auctions at all. Though there is prestige that can come from showing a car at the Pebble Beach concours, or selling at auction there, what sellers of significant cars truly want is a benchmark price, regardless of the selling platform.

“In 2021, listings went up 57% but dollars through the platform went up over 100% because prices are up, and there are more dollars in the marketplace, and the quality of things being submitted online is higher now,” Nonnenberg says. In 2021, BAT sold 17,846 vehicles on its site—an 83.5% gain in volume over 2020.

It’s worth noting that the bulk of BAT sales are still sub-six-figure vehicles. It’s a high-volume, lower-priced pool akin to that sold by Mecum Auctions, and it’s the key to the online auction house’s success. The average sale price of a vehicle on BAT in 2021 was $46,435, up from $34,996 the previous year. Having so many of those sales builds community, enthusiasm, and is the real lift for the bottom line.

I cant understand how this went for 40k ..... Seller is buying shots and steak at the strip club tonight! Man i miss the Acropolis ! 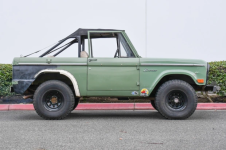 Well if he wanted one to build... I see so much that needs to be done. But he can preserve the Patina and freshen the mechanicals and still have a Driver.
OP
OP 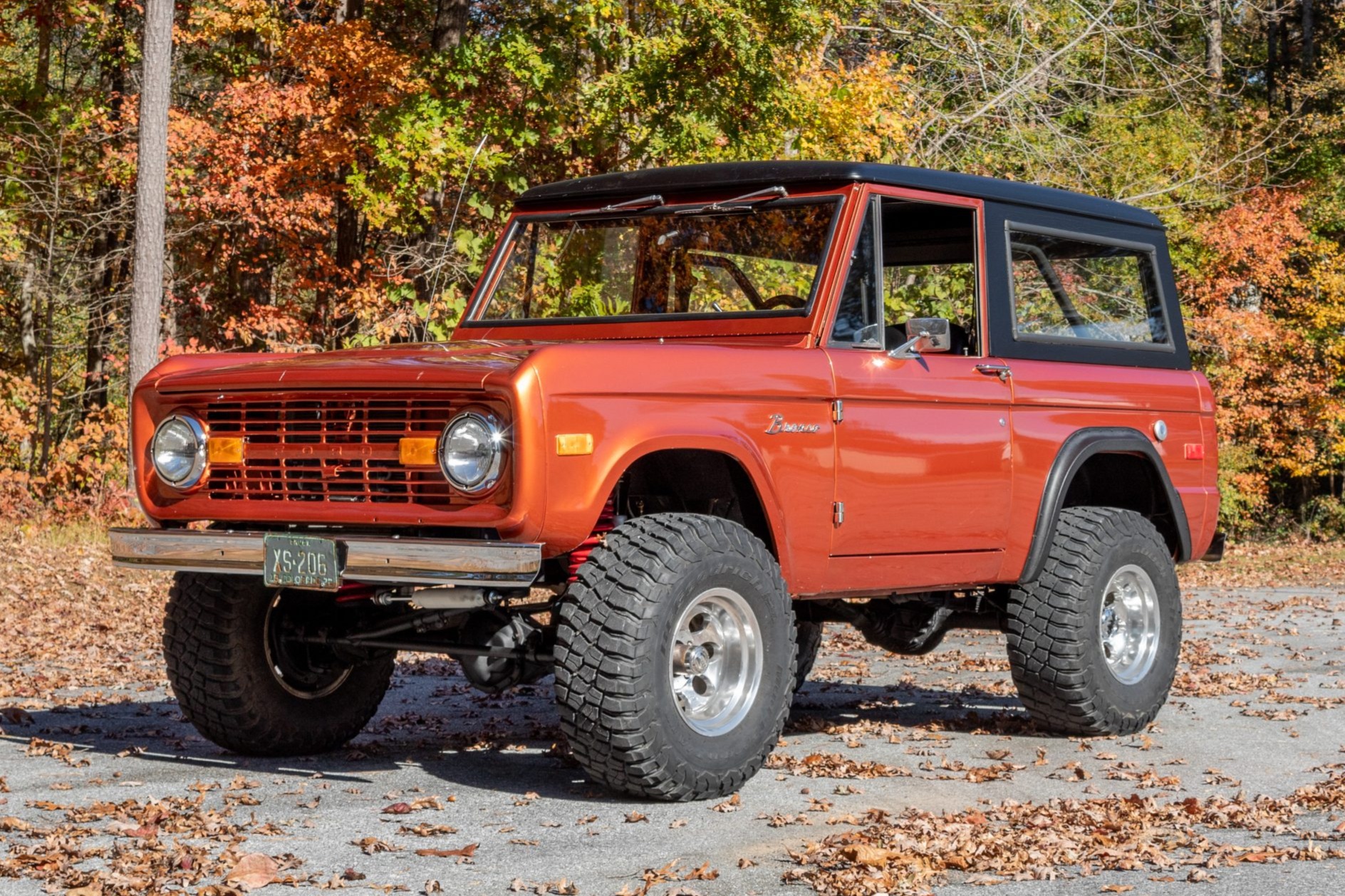 Bid for the chance to own a 5.0-Powered 1972 Ford Bronco at auction with Bring a Trailer, the home of the best vintage and classic cars online. Lot #63,231.

This is my favorite pic.

are the two green 1976 broncos (same bronco) that have sold this month not super fishy to anyone else?? Starting to think BaT is a scam.....!!!!

BruiserOutdoors said:
are the two green 1976 broncos (same bronco) that have sold this month not super fishy to anyone else?? Starting to think BaT is a scam.....!!!!
Click to expand...

It's the same bronco. Reading the comments it appears the original end date was the 12th but people were commenting unable to bid. BaT looked into the issue and reopened the bidding extending to the 13th.

Yeah - that's exactly what happened. They sometimes have server issues so they add more time on to it - as they did in this case. The exponential growth of the platform has resulted in a number of hiccups over the years.

I bought a 97 Defender D90 on BAT just over a year ago, before everything went crazy. You have to swallow hard to buy something sight unseen but it turned out to be a good seller and a great deal .... based on the current BAT Craziness! 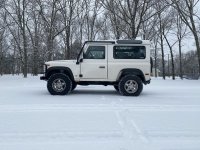 BGBronco said:
I bought a 97 Defender D90 on BAT just over a year ago, before everything went crazy. You have to swallow hard to buy something sight unseen but it turned out to be a good seller and a great deal .... based on the current BAT Craziness!

I love those!
R

Bat is not a scam…just THE place to sell your car. As a buyer, it allows for no BS in the negotiating process. I sold my Bronco in November on there: https://bringatrailer.com/listing/1970-ford-bronco-56/

I waited about 6 weeks and couldn’t find a replacement I was going to be as happy with as the Bronco so contracted with Highline Classics to build me another.
OP
OP

There are just too many things wrong with this to start. I didn't think BAT would list vehicles with VIN issues. The seller states that no VIN was found but has a title. Hopefully they clear this up. With so many people selling titles and glove box doors you are bound to see many without VIN's selling online but I was surprised if this is accurate to see it there. 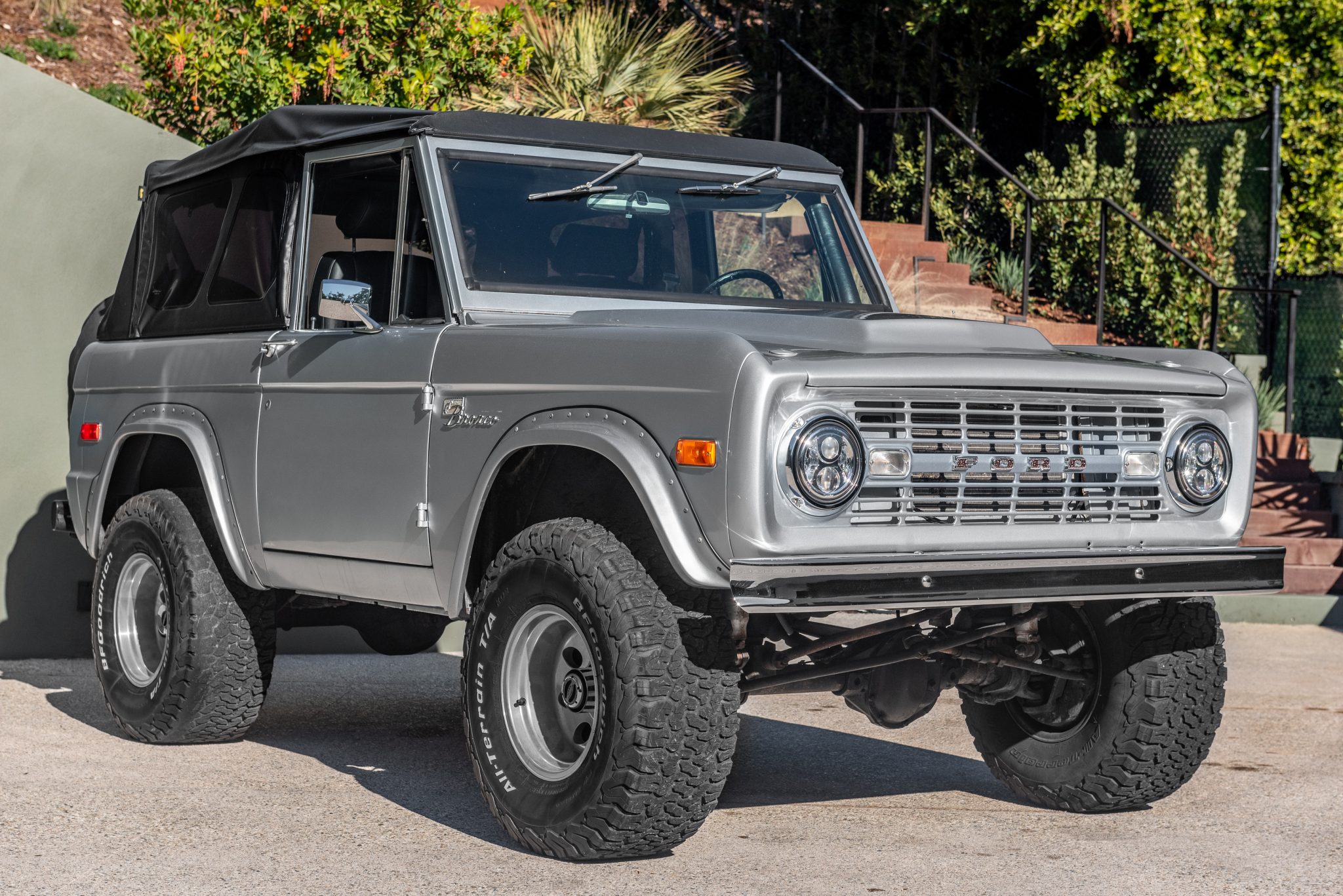 Bid for the chance to own a 5.0-Powered 1970 Ford Bronco at auction with Bring a Trailer, the home of the best vintage and classic cars online. Lot #64,055.

Ro_Ja Boy said:
Bat is not a scam…just THE place to sell your car. As a buyer, it allows for no BS in the negotiating process.
Click to expand...

I have a 65 Mustang resto-mod that needs a new home. Maybe I'll post it on BaT.
OP
OP

BroncoJimbo said:
I have a 65 Mustang resto-mod that needs a new home. Maybe I'll post it on BaT.
Click to expand...

Coupe
You must log in or register to reply here.